France has a rich heritage that is unique in the world. Did you know that, in addition to its most famous monuments, some of its libraries are also true architectural gems? The IGS Group presents five of them in this article! Be sure to visit them, no matter if you are a literature lover or not.

Located on the Quai de Conti in Paris, this library is the oldest public library in France. Originally, it was situated in the private mansion of Cardinal Mazarin and sheltered his personal collections. Mazarin gave scholars access to his library in 1643, and it was considered one of the most important libraries in Europe with 40,000 volumes of religious, literary and cultural history from the Middle Ages.

The library was then moved to the Quai de Conti, and developed under the responsibility of the librarian Gaspard Michel, known as the Abbé Leblond. The Mazarine Library has since specialized in historical sciences, and it is worth noting that it possesses a copy of the Gutenberg Bible, also called the "Mazarine Bible".

Richelieu is the most renowned library in France and the birthplace of the Bibliothèque Nationale de France. It is listed as a historical monument and is a wonder to behold. Located on rue Richelieu, in the heart of the 2nd arrondissement in Paris, this library dazzles with its vaults, its domes, its metal structures... Not to mention that it houses exceptional collections ranging from priceless manuscripts to prints, including maps, and music collections...

This library is in an old match factory which was shut down in 1972 in Aix-en-Provence. Quite different from the classicism of Mazarine or Richelieu, it takes its visitors into an industrial world of 9,000 square meters, hardly suitable for books, and yet the books fit into this metal and piping décor, offering a striking contrast.

In addition to historical and contemporary collections, the library hosts 60,000 documents bequeathed by the Marquis de Méjanes. The building is also the headquarters of associations of the University of the Mediterranean Book Trade Institute.

For contemporary architecture lovers, the BNU in Strasbourg is a must-see! While its facade, classified as a classical monument, has retained its neoclassical imprint, the interior has been completely refurbished with a modern look. The massive spiral staircase, made of wood, steel and glass, dominates the BNU's atrium.

Recently renovated, the Madeleine-Brès university library in Caen Basse-Normandie is much appreciated for the serenity it conveys. It has an elegant design, with white walls and several contemporary vaults that add volume to the entire structure. The library offers spacious shared work areas.

The IGS Group has 6 different campuses, in France and abroad, equipped with modern infrastructures adapted to the needs of all learners. On each campus, students have access to an information center with a vast database, as well as thousands of books and magazines, newspapers, etc. All of this to help them succeed in their professional projects.

Discover the schools of the IGS Group and choose the program that suits you! 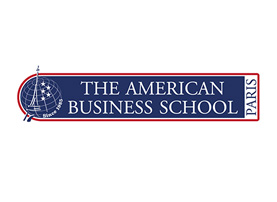 The American Business School of Paris

The American Business School of Paris